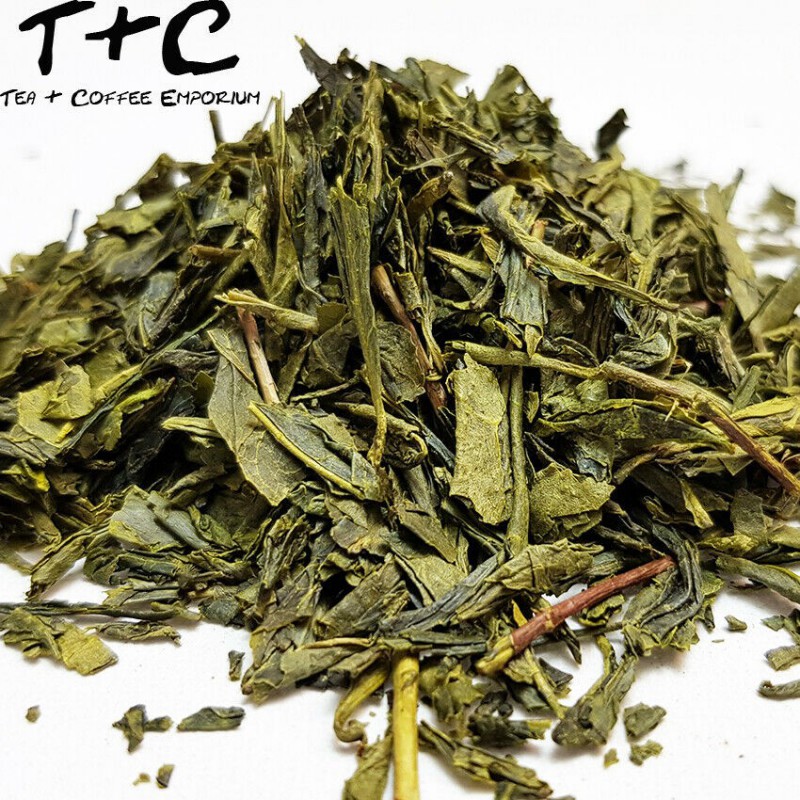 Sencha green tea is one of the most popular green tea variety in Japan. It is coveted for its refreshing and rejuvenating natural taste...

China Sencha Organic Sencha green tea is one of the most popular green tea variety in Japan. It is coveted for its refreshing and rejuvenating natural taste...

Sencha green tea is one of the most popular green tea variety in Japan. It is coveted for its refreshing and rejuvenating natural taste.

This particular green tea’s light green color cools the eyes and the soul.

The tea leaves are steamed immediately after being picked, this is done to retain maximum freshness. Sencha green tea is most suitable at homes, offices or anywhere at all.

First of all, just like other types of green tea, sencha tea helps you lose weight. People who drink green tea are less likely to become overweight, as drinking tea helps reduce the speed of the enzymes which are responsible of changing calories into fat. That's why it's recommended to drink green tea, including sencha tea, when on a diet.

As sencha tea is a type of green tea, it acts as an important element when it comes to cancer prevention. Substances that are part of sencha tea can kill cancerous cells, and prevent them from spreading more in the human body. Also, the Chinese and Japanese populations, which consume a lot of green tea in general, have a low cancer rate compared to populations from countries which don't consume as much green tea.

Antioxidants from green teas, including sencha tea, are helpful when it comes to cardiovascular problems. They help lower the cholesterol, which reduces the risk of suffering from heart diseases. Studies show that you can reduce the risk of having a heart attack by 11% if you drink three cups of green tea a day.

Also, sencha tea helps strengthen your immune system, as its substances fight against common infections (flu virus, salmonella). It also reduces the risk of suffering from food poisoning, and slows down the aging process by hydrating the skin and reducing wrinkles.

For sencha tea, one teaspoon for every 8-12 ounces of water is enough. First boil the water, then let it cool for about 3 minutes. It's important for the water to be hot, not boiling hot. Next, pour the hot water over the tea leaves and let it steep for 2 minutes.

Once the steeping time is done, don't fill the cups by pouring the tea all at once. Pour a little in each cup, then go back and pour a bit more. Repeat these steps until you've poured all the sencha tea, leaving the leaves dry in the teapot. Pouring tea alternately into cups helps to evenly distribute the richer-flavoured tea at the bottom of the pot.

Sencha tea can be served both hot and cold. During winter, it helps keep you warm and healthy, and during summer, it counts as a refreshing beverage if you drink it cold.

30 other products in the same category: