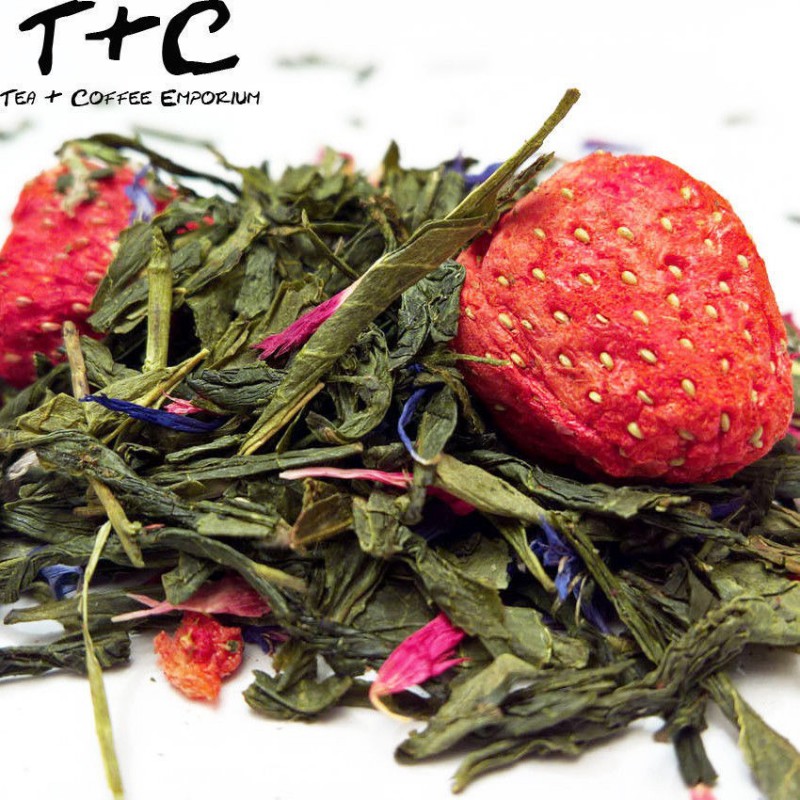 Sencha Energy Tea is a delicious green tea with the addition of stimulating guarana, whole strawberries and cornflower petals... 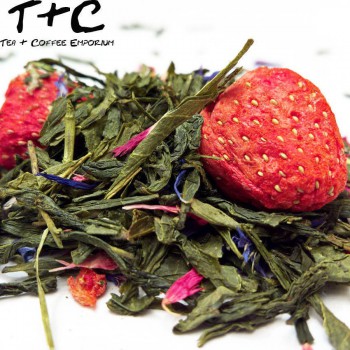 Sencha Energy Tea is a delicious green tea with the addition of stimulating guarana, whole strawberries and cornflower petals.

Beautiful combination of Chinese sencha leaves and the taste of Strawberries and Guarana. Sweet combination of Strawberries with Guarana, enriched by cornflower petals. Intense aroma hovering over a cup certainly attracts attention and encourages you to taste the brew. The taste is strong tropical, sweet, also can be enjoyed cold. A light grassy and tropical fruity experience.

Sencha teas are produced by steaming the tea leaves, before drying, giving them higher levels of vitamins and anti-oxidants than other green teas. Sen meaning green and cha meaning tea, sencha translates literally as 'green tea'. It has a crisp, light refreshing taste.

The secret of Chinese Sencha lies in the fact it is rich in catechin polyphenols, particularly epigallo-catechin gallate (EGCG) - one of the most powerful polyphenols (natural antioxidants) found in green tea. EGCG has also been reported as effective in lowering LDL cholesterol levels, and inhibiting the formation of abnormal blood clots (thrombosis); considered among the leading causes of heart attacks and strokes.

Other health benefits indicated through scientific study include :

Guarana is a plant named for the Guarani tribe in the Amazon, who used the seeds to brew a drink. Today, guarana seeds are still used as medicine.

Guarana is used for weight loss, to enhance athletic performance, as a stimulant, and to reduce mental and physical fatigue. It is a frequent addition to energy and weight loss products.

Some people also use guarana to treat low blood pressure and chronic fatigue syndrome (CFS), and to prevent malaria and dysentery. It is also used to enhance sexual desire, to increase urine flow, and as an astringent.

In food manufacturing, guarana has been used as a flavoring ingredient in beverages and candy.

How does it work?

Place one teaspoon per cup into an infuser, filter or teapot.

Switch the kettle off, before it boils, when you hear the water rumbling.

Add the hot, but not boiling, water and infuse for 3 minutes.

7 other products in the same category: